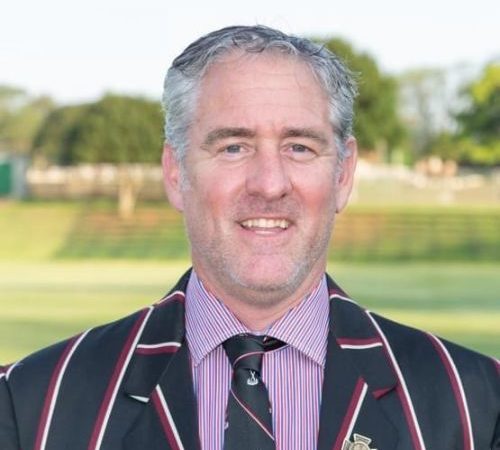 Andrew qualified as a Chartered Accountant with PiceWaterhouseCoopers (PMB office) in 1999 serving articles under Mr David Wimble (OC 1957) and he then moved to London where he worked in Investment Banking for 14 years before returning to South Africa to join Advent Wealth (FSP#45539) and establish the Stellenbosch office from which he services his clients wealth on a global basis.
In London, with Kevin Torlage (OC 1982), Andrew established the UK Old Boys Branch in 2003 and has remained serving College Old Boys, taking on the Western Cape Branch Chairman role in 2014 when he returned to South Africa. In 2017 Andrew joined the Old Boys executive taking on the Vice President role in 2020 and then becoming President in 2021 and thus serving as a Trustee on the Maritzburg College Memorial Trust (ex officio). In 2016 Andrew joined the College Foundation as a Director where he continues to serve College and heads up the “Communications” portfolio.

Andrew’s passion is “business networking” and has been instrumental in establishing “College Connect Community” with newly launched technology to enable Old Boys to leverage the “old school tie”, something that Andrew credits his career to and wants all OC to benefit from.